The COVID-19 pandemic has brought to light the inequalities that women continue to experience locally and globally.

FAnews spoke to a few women in the industry about what these inequalities are and what women need to be focusing specifically on now, and in the future.

“It was interesting for me to observe how different the stories about the African experience regarding COVID-19 were reported by women in Africa, compared to people in other continents. African countries tend to be less well-off, compared to their peers from developed continents. As a result, the lockdown of African economies had an even bigger impact on its people,” said Kgodiso Mokonyane, Head of Strategy and Head of Value Added and Ancillary Products at Discovery Insure; also Deputy Chairperson on the Board of Sasria.

“As the world of work moved dramatically to working from home, we have seen that more women took on the primary home caring and child‑rearing roles; their productive output was shifting away from activities outside the home. It is important that we acknowledge that this is productive energy that women are putting into our economy – this requires a mental shift on how we value work typically done by women at home and this experience has been good for our society,” added Mokonyane.

“Women have multifaceted roles from being an employee, employer, mother, partner and spouse. In pre-COVID days these roles had clear levels of separation, but with COVID-19, and the subsequent lockdowns, this has all been jumbled together in one space (home) with no physical or ‘emotional’ separation. Throughout the lockdown period many women had to not only carry on with their careers, but they had to fulfil additional duties like being the teacher, the cleaner, the cook and more - very often with little support. Another alarming trend is the increase in gender-based violence during this lockdown period,” said Michelle Pienaar, Chief Financial Officer, Marsh Africa.

“The industry has realised that it needs to reposition itself to attract and retain the best talent. Some insurance industry leaders have created programmes to make their companies and the industry more aspirational and this has worked well to attract young professionals. Two such examples are the Adrian Gore Fellowship programme and The Insurance Apprentice,” said Mokonyane.

“While access to the right mentor and sponsor at work would benefit women more, such senior, mentor roles are usually filled by men. Thus, young people and women need to find the right organisation in the industry that fits with their own work culture to allow them to fulfil their potential,” added Mokonyane.

“As women we need to be part of the change, creating platforms, forums and opportunity for open and transparent conversations. We should share our experiences with both women and men, looking at ways organisations can take the lessons learnt in the past 15 months and weave those into what we do going forward. For example, more flexible working hours,” emphasised Pienaar.

“Gender diversity in the insurance industry is improving, but there is still a lot more work to be done. Representation of women in executive roles still tends to be seen in functional roles (i.e. Finance, HR, Support roles etc.) rather than revenue generating roles in organisations. While there has been some improvement in this area the industry still has a long way to go,” said Pienaar.

“Things are changing, but at a slow pace. Women still need to work a lot harder to make strides up the corporate ladder and are still often overlooked. Women in executive roles and board roles are still low in representation, although some progress has been made. There is still a lot of work to be done to close the pay equity gap between women and men,” added Pienaar.

“Action needs to be taken seriously with immediate effect. Companies can start by recognising the equal but also sometimes different roles that are played by each gender. A similar representation on boards should be reflected. Flexible working hours for women and single parents should be considered. Zero tolerance should be enforced for Gender-Based Violence. All-round education is needed for our younger generation starting at a school level,” said Karen Naidoo, Managing Director for Mutual & Federal Risk Financing.

“McKinsey & Company management consulting company claims that women’s jobs are x 1.8 times more vulnerable during the pandemic than men’s jobs, mainly because of the disproportionate representation of men versus women in industries. Women are more represented in sectors impacted by the pandemic, such as education, hospitality, and retail. These job losses ultimately lead to other social challenges. Some women may be placed in difficult situations during strict lockdowns with increased gender-based violence, for instance. In a few cases, it is also socially expected for women, particularly mothers, senior women and black women, to step out of the workplace or reduce working hours. To further exacerbate gender inequality in the workplace, women have to do twice as much as men to narrow the pay gap; men earn more than their female counterparts. Globally most executive boards are not represented equally or at all by women,” added Naidoo.

“Stats from Stats SA show that at the beginning of 2020, 46% of the labour force consisted of women. Other than in industries traditionally seen as female, trade and finance had the highest women participating in the workforce at between 40% and 50%. A few financial services companies have spoken publicly about their workforce being majority women. With over 30% of managers being women, things are looking promising for the participation of women as companies are recognising the value that a diverse workforce can produce for their bottom line. As we get to the top of the pyramid of seniority, it gets tougher to find women. In the JSE Top 40 companies, there are no women CEOs. To change this so that our economic sector reflects the society it serves, which in turn will lead to better financial results, we need to focus on increasing the number of women executives,” said Mokonyane.

“Women should focus on the opportunities that were born out of the pandemic. We are natural adapters and multitaskers. Our natural abilities should be considered as an advantage to the benefit of organisations. Women might want to start thinking about changing occupations and move into higher skilled roles. They should also be more broadly considered for board member roles. If this doesn’t happen, the wage gap between men and women will widen,” said Naidoo.

The pandemic lit a fire

“Organisations need to recognise that all people and their circumstances are unique and different, and we need to embrace and value these differences. We need to challenge the status quo and have laser like focus on converting the ‘talk’ into actions that will drive the change,” continued Pienaar.

“One thing that really stands out for me is that “Women are not broken, Women do not need to be fixed, but rather the workplace requires fixing to make the workplace work for everyone”,” concluded Pienaar.

“To be relevant in a male-dominated industry, women do not have to behave like men. What women need to do to empower themselves is own their power. We, as women, bring diversity, empathy, understanding, the difference in perspective, new skills and expertise. We should acknowledge this power, but at the same time, be intentional about learning. Women should be intentional about supporting other women in business and should share knowledge and wisdom. By creating a supportive environment, women can be elevated instead of being pulled down,” Naidoo concluded.

Mokonyane concluded by saying, “Don’t let anyone tell you how far you can go or what you are capable of – only you should decide that. It is important to strive to not only be content but also thrive in your life. Seek and keep that which fulfills you.” 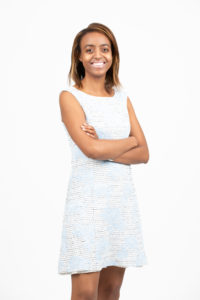 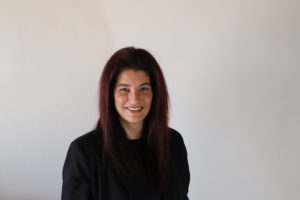