In celebration of Women’s Month, FAnews on behalf of Gauteng Women in Insurance (GWII) spoke to Catherine Pienaar, President of GWII, about the significance of Women’s Day, what Women’s Day means to her and her message of inspiration for the GWII women.

The significance of Women’s Day

“Women’s Day commemorates the march of approximately 20,000 women to the Union Buildings on 09 August 1965, to protest against the country’s pass laws that served to maintain population segregation and control urbanisation during the apartheid era. After delivering 14,000 petitions at the office of then Prime Minister JG Strijdom, the women stood in silence for 30 minutes and then sang a protest song composed for the occasion: Wathint’Abafazi Wathint’imbokodo (Now you have touched the women, you have struck a rock),” said Pienaar.

“The earliest Women’s Day observance was apparently held on 28 February 1909 in New York City, with subsequent historical accounts citing an International Socialist Women’s Conference in August 1910, where 100 women from 17 countries agreed with the establishment of an annual “Women’s Day” as a strategy to promote equal rights, including suffrage, for women. As early as 1911, Viennese women gathered to demand the right to vote and hold public office, as well as protesting against employment sex discrimination,” continued Pienaar.

Gloria Steinem, a world-renowned feminist, journalist and activist stated “The story of women’s struggle for equality belongs to no single feminist nor to any one organization but to the collective efforts of all who care about human rights”.

The strides that have been made

“Women’s Day is a day to celebrate the achievements of women – socially, economically, culturally and politically. It is about unity, advocacy and action. However, it is also a time to reflect upon issues which women still face today in terms of lack of true equality – whether it be in respect of lack of payment parity or equal representation in business and politics. We also need to consider the social inequalities in terms of access to education, as well as the severe violence inflicted upon women. According to Statistics South Africa’s 2018 report, South Africa has one of the highest rates of sexual violence in the world, and the World Health Organization (2016) estimated South Africa’s femicide rate at 12.1 per 100,000 – 4.8 times the global average,” emphasised Pienaar.

“In the first interview which I did as President of GWII, I referred to the concept of Ubuntu which is often translated as “I am because we are”. Women’s Day is a day for women of South Africa to celebrate the strides that have been made in the 55 years since the likes of Albertina Sisulu, Sophia Williams-De Buyn, Lillian Ngoyi and Helen Joseph marched to demand equal rights; it is a day for us to contemplate the current environment and what we want the future to look like for our daughters, and answer the call to action. There is an African proverb which states that “when you educate a man, you educate an individual; when you educate a woman, you educate a generation”, added Pienaar.

Career Junction, according to Pienaar, reports that over a third of South African women feel that their gender and parental responsibilities are holding them back from advancing in their careers. However, several survey results indicate that the majority of South Africa (68%) do not think that the workplace treats men and women equally. Furthermore, the majority of the country agree with the statement that women will not achieve equality unless men start taking actions to support women’s rights too. In 2018 the World Economic Forum report estimated that the current economic gap within South Africa, between men and women, won’t close for a projected 217 years.

“This reinforces the notion that while strides towards gender equality have been made, they have not infiltrated large areas of the South African society. Accenture research shows that by up skilling more women, creating a culture of equality, accelerating and leading the change the country could unlock R319 billion into its GDP and create more jobs today by achieving gender parity in the workplace alone,” said Pienaar.

“The World Economic Forum’s Global Gender Report for 2018 saw South Africa ranked 19th in the world out of 149 countries that were assessed for gender equality. According to the report, South Africa is at a crucial tipping point. The economy needs greater active participation from women who make up just more than 51 percent of the total population but only accounted for 43.8 percent of total employment in the second quarter of 2018. Statistics SA’s 2019 key findings on unemployment released on 31 July 2019 indicate that the South African labour market is still more favourable to men than it is to women and men are more likely to be paid in employment than women, regardless of race,” emphasised Pienaar.

Women… know them, be them, raise them

“Whilst the South African insurance market has certainly achieved great strides towards gender equality; we as an industry still have a long way to go, particularly with regards to women being in executive positions,” added Pienaar.

“In contemplating this interview and conducting some research, I came across the following: “Here’s to good women! May we know them; May we be them; May we raise them”, concluded Pienaar. 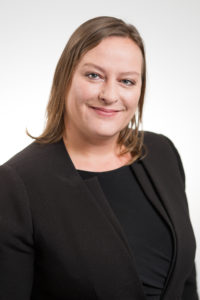