While talking with senior women about their financial services careers, I’ve heard how many encountered some distracting ‘noise’ as they progressed, including conflicting advice, opinions or criticisms that would dent anyone’s self-confidence.

During my conversation with Delphine Traoré Maïdou, Regional COO with Allianz Africa, I was so impressed how she filtered the distractions in her hectic work, education and family life and listened to those who believed in her to help find her deeper career purpose.

Juggling challenges and when to say ‘No’

When I asked Delphine about challenges she faced as a woman advancing in her field she laughed heartily, responding, “I don’t even know where to start! As a mother of two, that was a challenge while building my career and education. When my son was born, I did my MBA, so I had three jobs: baby, school and full-time work. I was a zombie for the first two years of my son’s life.”

Not long after starting a new job, Delphine realized she was pregnant with her second child and she would have to break the news to her manager before her probation with the company was complete. She recalls that, “My boss was fine with it, but when I returned to work, I put in long hours to prove they did the right thing by hiring me.”

Adding to the stress of balancing work and family life, Delphine was offered a number of promotions that forced her to choose between kids or career: “I knew that in the long run I wanted to do more, but I turned down those roles, because I did not want take on something new until my daughter was old enough. It was risky to say ‘No’ too many times, but the decision was easy because my priority was my kids and, are they ready to let me go?”

Listen to trusted advisers to find your purpose

But even when the timing felt right to make a career move, Delphine had to focus on listening to those who believed in her, including the CEO who offered her a challenging new role, and her father, who knew her best.

Recalls Delphine, “This opportunity meant moving to South Africa, a country I had never worked in, to become a black, female CEO in an industry that was very much white, male-dominated. Plus, I’d be moving my young children who were born in North America.”

She adds that, “I was freaking out about this decision, but I realized that senior people at Allianz saw the talent in me, and they believed I was one of the few people who could make their investment in Africa a success.”

The biggest influence came from Delphine’s father who told her, “You better get on that plane because we’ve invested a lot in you and it’s time to come back and do something for your continent.”

Delphine explained to me how her father had sent his daughters to university despite comments from others that it was a waste to educate girls who will just get married: “My father had studied in Canada and later returned to Africa, so he believed strongly that Africans who study overseas should come back and contribute to their continent.”

With that advice, Delphine resolved that, “I was needed more in Africa than in North America, so we’ll pack for Johannesburg and the rest will have to be sorted out once we get there.”

Living your purpose by building others

Since moving her family to South Africa, Delphine has certainly followed her purpose. “I’ve been lucky to get support from many people at Allianz, so now I see my role as a platform to help build others up. You may say ‘insurance is just insurance’, but if the business is thriving and we bring value back to shareholders, then we can hire more women and build more people like me.”

In addition to being a role model, mentor and champion for females in insurance, Delphine recently launched the first Allianz Africa for Women Conference, bringing together high-potential female employees to network and support one another. Delphine described how, “While traveling across the region, I met many great women who were working in isolation within their countries. I felt we needed to bring them together so they could meet each other and gain exposure to the Allianz Group as a whole, to meet other strong women and access new opportunities.”

As I wrapped up my conversation with this inspiring female leader, I realized the importance of her advice. While we often tell women to ‘Believe in yourself,’ we sometimes need to first find the right people to listen to – and then believe what they tell you – so you can find your true purpose. 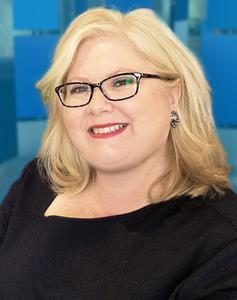